A PIECE OF DETROIT HISTORY

THE CONCERT DATA BASE 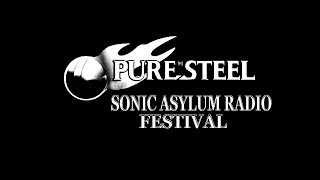 The story of Harpos, Detroit’s most notorious metal club

Harpos was originally built in 1939 as Harper Theatre. It operated as a movie theater until it was rebranded and transformed into a nightclub in the 1970s. In 1979, it was purchased by Ron Baltrusz, along with business partners Rick McNeil and Kurt Foltz, who turned it into a metal venue.

Ron Baltrusz: My earliest memories of Harpos would just be the transformation and the things we had to do to make it live-show ready. It was a club when we bought it, but it was a disco and one of the main things was that we had to do was run power to what would be the backstage. My brother was an electrician, and he brought in five other card-carrying electricians who would work five or six days, 18 hours a day, just getting power from one side of the building to the back stage.

Baltrusz also had to worry about putting in the stage and a sound system that could handle a melt-your-face-off show.

Baltrusz: There was no real stage there. We had to build a stage. We built the stage, at first, four feet high and about 20 some feet deep, and then we had an acoustical problem once we got the stage in. After we were there three or four shows, we had to raise the stage another two feet. We had to actually separate the wood by laying carpeting down and making the riser isolated from what was the whole stage. The room was an acoustical nightmare. When the theater was built, it was designed when they didn't really have a sound system or whatever, so the architect of the building said it was like its own megaphone. ... It was a major undertaking, but we did it and got it all done and we opened in January of 1980 with Mitch Ryder.

When it did finally open, Harpos had character that stuck.

Jennifer Gentile (bartender): The marquee definitely [stands out]. It was huge. As soon as you'd turn the corner and see the marquee and who's playing, you'd get excited. The carpet was famous, and the dancefloor was this big white elephant in this heavy metal, hard rock venue. It's this giant disco floor that lit up and it's still there. [I remember] the velvet curtains that frame the stage because they're absolutely ludicrous, loud and big, very gothic-looking and they set the stage for everything — [plus] the video screens and the smell of beer. No matter what time you walk in there: the smell of beer.

Tim Smith (photographer): I remember that crummy curtain. That frickin' curtain in the back. I said to Ron one time, "man, that curtain is terrible" — it was almost like a leopard print curtain — "you gotta get rid of that." And he said, "You got a spare $10,000 to get a new backdrop, Timmy?"

Matt Bruorton (bartender, security): My favorite part [of the club] was the pit area because you could really get close to a band. You could have a good time in the pit, and before I started working there, that's all I was doing: getting in the pit, slam-dancing and having a great time.

Mark Staycer (fan): I do remember the big, vertical marquee and remember it saying "Harper," then sometime later seeing "Harpos," and thinking "Wow, they must have saved themselves a lot."

Baltrusz maintained ownership of the club for more than a decade, bringing in 75 to 100 major shows a year. He did his best to keep his patrons safe around the club, up to and including hiring burly bikers and security dogs, but after losing two lawsuits for incidents that happened outside the building, he and his partners were forced to file bankruptcy. They operated for over a year under bankruptcy, but after some additional legal issues, Baltrusz lost the club.

Ron Baltrusz: They converted our [chapter 11] to chapter seven, or whatever, and the bank came down and shut us down. I was gone. I lost everything and my two partners lost everything that we had. That was it. I was done. The next owners bought it from the bankruptcy court: a mother and two sons.

During Baltrusz's tenure and beyond, the club attracted metal and rock lovers from all over metro Detroit.

Staycer: My earliest memory of Harpos was attending Harper Theater... As I recall, as birthday gift when I was 13. [I remember] asking auntie to take me there as a special treat to see Elvis Presley in Viva Las Vegas and a surf movie called Ride the Wild Surf. Growing up in the 'burbs, we didn't go into Detroit all that often. From time to time, yes, but we more or less stayed in the burbs until many years later when we realized that the Harper Theater had been dramatically changed into a concert venue. [That's when] a friend of mine and I saw an early group there called the Look. It was one of the early shows there [and] I can find no record of this particular concert that I know we went to.

Gentile: [Harpos] was the place to play, to see or be seen if you wanted anything to do with rock 'n' roll in the '80s, [and] the music is the first thing that comes to mind. I worked there every weekend so [I saw] pretty much everyone that was on my dad's list from like from 1986 to 1990. I've seen everyone from Anthrax and Beastie Boys to Motörhead. Anybody who came through that time frame, pre-grunge.

Smith: I don't even know how [Harpos] got on my radar... I think one of my buddies had gone up there [and] said it was a really neat place, a former movie theater and a really neat place to see a show... I think it was just word of mouth and I just started going up there and it seemed like a pretty cool place... It was a really great time back then [and] being into photography I would call the box office and ask if they allowed cameras. Most of the time they would, but every now and then they wouldn't. When they did, I'd bring my camera up there and take photos, then I'd go back at a later date and maybe have the band sign some if I could get ahold of somebody backstage, or even get backstage.

It just so happened that I photographed Johnny Van Zant, Ronnie's brother from Lynyrd Skynyrd. He had a band called the Johnny Van Zant Band [and] it was one of the first bands I ever took photos of at Harpos. I went back when they were playing again and it turned out that Johnny's dad, Lacy, brought me backstage and introduced me to the band and had them sign some photos and he said, "Man, these photos are really good, do you know the owner of the theater here?" I said "Well, no" and he said "C'mon, I'm going to take you up and introduce you to Ron. I think you should have a job here." So he took me upstairs, introduced me to Ron and he hired me as the house photographer.

‘I always wanted to check it out and, obviously, in school, no kids could venture down there — God forbid their parents found out [because] it’s a pretty rough area and club.’ click to tweet

Marc Kaul (singer, Bludshot): I saw Slayer there in 1987. Slayer, Overkill, and Motörhead: that's my first memory of being there before I ever worked or played there... I just remember more or less being there [and] that it was a great show. I also saw Megadeth there around the same time.

Bruorton: I lived in Detroit and all my friends and their friends were all talking: "Man, you got to go to this place called Harpos. It's really cool." So I think I was like 18 years old, it was '89 and I went there with a friend of mine. We went in and these two bouncers were just huge and I was intimidated — back then I was really skinny — so we walk in and we hear some band playing. It was metal, like '80s rock. We started going all the time and before I knew it I ended up working there for a few years and yeah, I've been going there like, 25 years.

Don Schwartz (fan): My first time visiting Harpos, had to have been summer of '91 I think, or the spring. I might have still been in high school [and] I went with a buddy of mine just randomly. I always wanted to check it out and, obviously, in school, no kids could venture down there — God forbid their parents found out [because] it's a pretty rough area and club — so I went down there and we actually saw a Led Zeppelin tribute band called the White, if I remember correctly... We walked in and it was pretty intimidating because I had never been in there. We were speechless, you know? It was like sensory overload. I probably stayed maybe an hour, hour and a half, and then we left. Nothing too eventful. We just walked in, checked it out and it was like "Whoa, I was actually in here." And that was it. The next time I went on my own I want to say it was October or November of '91. I went by myself to go check it out. A band called the Spin Doctors was playing, and that was right before they had their big radio hit.